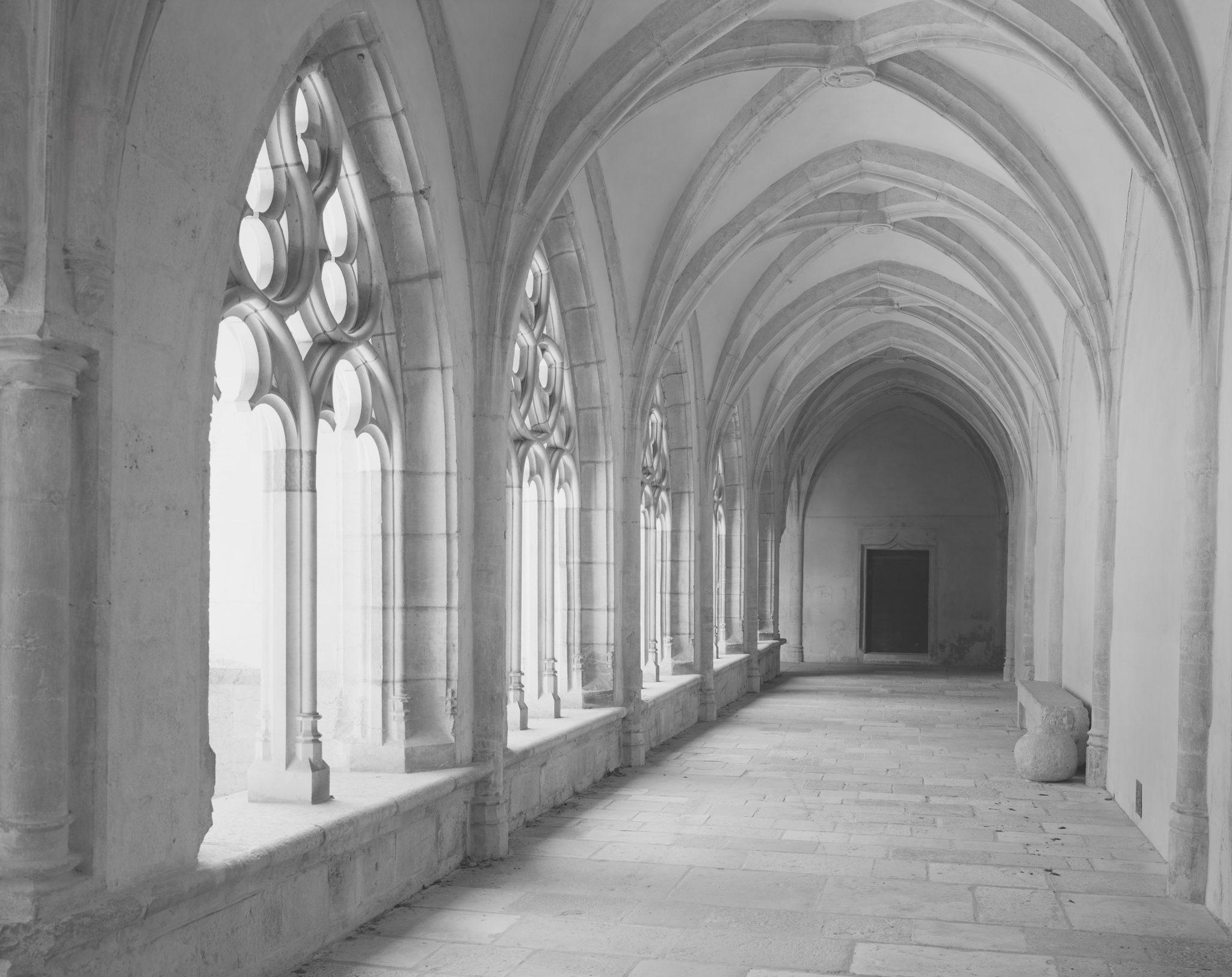 Raised in Rome, Elger Esser moved to Düsseldorf in 1986, where he worked as a commercial photographer until 1991. He later attended the Düsseldorf Kunstacademie, where he studied with Bernd and Hilla Becher. A trip to Lyon in 1996 marked a distinctive turning point in Esser’s practice and aesthetic. Using postcards as inspiration, his goal was to create the experience of travelling to “archaic locales in the middle of nowhere.” Esser’s landscape photographs, characterized by their pale, luminous colors and low horizon line, have been compared to early 19th century photography as well as to Dutch landscape paintings of the 17th century. Esser has sought out Western European subjects in both natural and manmade environments, such as the tranquil river in Marne (1997) and the dense architecture of Naples in Matera I (1998). Inspired by Marcel Proust’s descriptions of Combray in A la recherché du temps perdu, Esser’s 2007 series is comprised of complex superimposed Chromogenic prints and nostalgic héliogravures.

“For Elger Esser (born 1967), one of the youngest and last of the Bechers’ students, Combray exists anywhere that France may still look like it did in the days of Proust. The photographic harvest of his trips through the French province is abundant: in all the regions of the land, which he has ranged across in the last decade, from north to south and east to west, he found what he sought, not in Proust’s tracks, but in his spirit: enchanted, often also abandoned villages, farmsteads on the courses of rivers, Monet’s garden in Giverny, old cloisters and church ruins, embedded in apparently untouched nature, sights and landscapes seeming to have fallen out of time.”
From ELGER ESSER, COMBRAY.

Esser has been featured in solo exhibitions at the Kunstverein in Hagen, Germany (1997), Galleria d’Arte Moderna Bologna (2001), and Fondation Herzog in Basel (2004), among other venues. His work has also appeared in group exhibitions such as the Beinnale della Fotografia at Fondazione Italiana per la Fotografia in Turin (1999), Hier und jetzt at Museum Kunst Palast in Düsseldorf (2002), Affinities…Now and Then at the Kansas City Art Institute (2003), and True North at the Deutsche Guggenheim in Berlin (2008). He became a professor of photography at the Staatliche Hochshule für Gestaltung Karlsruhe in 2006, and was a visiting professor at Folkwang Hochschule Essen two years later. He currently lives and works in Düsseldorf.