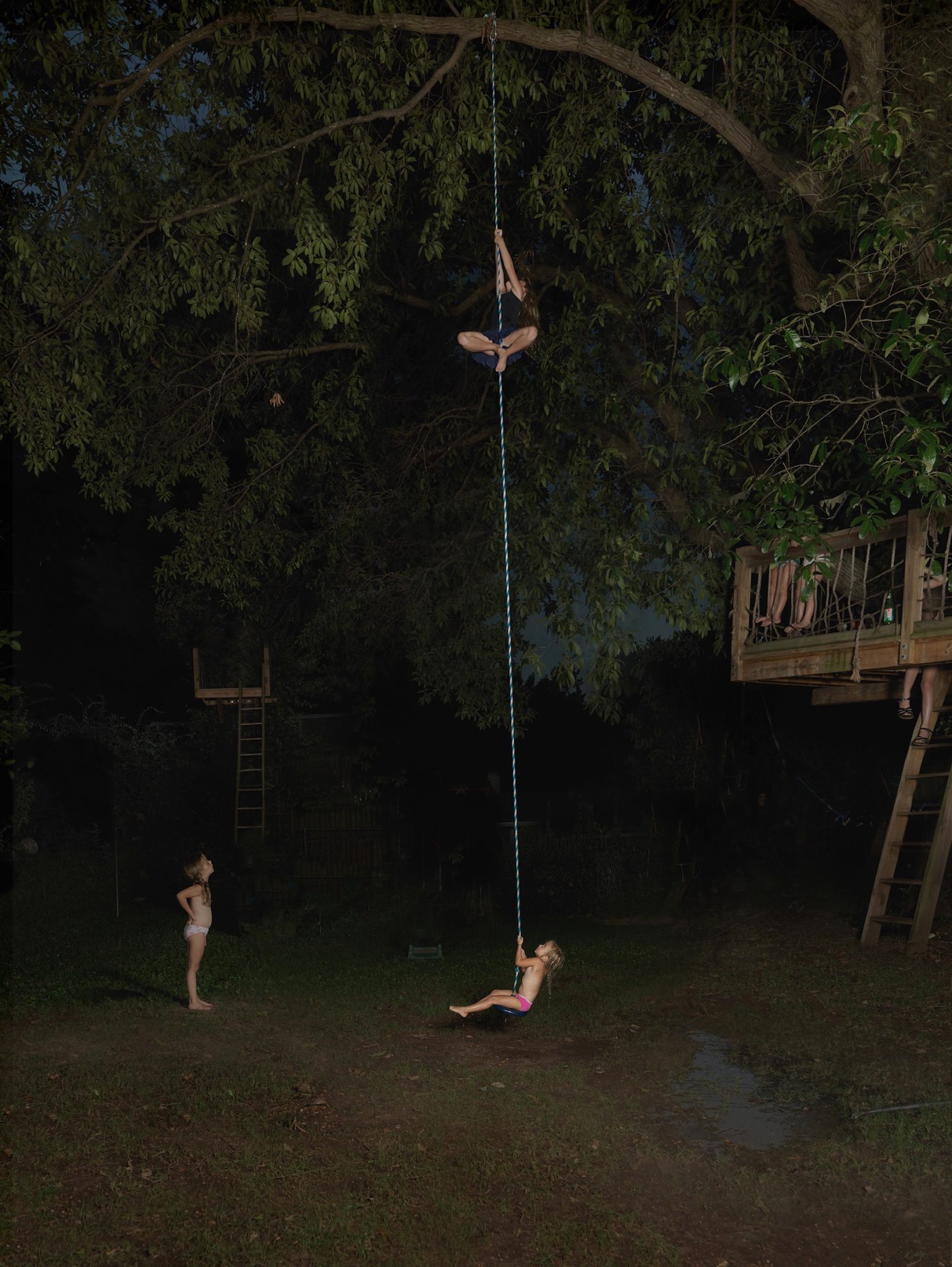 Julie Blackmon’s darkly comic and carefully conceived photographs — often featuring members of her own family– explore the chaos and mystery of domestic life. These playful and at times impossible scenes are inspired by 17th century Dutch and Flemish paintings, and by her own childhood as one of nine children growing up in Springfield, Missouri. On her series Domestic Vacations (2008), Blackmon wrote:

The Dutch proverb “a Jan Steen household” originated in the 17th century and is used today to refer to a home in disarray, full of rowdy children and boisterous family gatherings. The paintings of Steen, along with those of other Dutch and Flemish genre painters, helped inspire this body of work. I am the oldest of nine children and now the mother of three. As Steen’s personal narratives of family life depicted nearly 400 yrs. ago, the conflation of art and life is an area I have explored in photographing the everyday life of my family and the lives of my sisters and their families at home. These images are both fictional and auto-biographical, and reflect not only our lives today and as children growing up in a large family, but also move beyond the documentary to explore the fantastic elements of our everyday lives, both imagined and real.